A summit next month in Fairbanks hopes to build collaboration and strategies that address the challenges of relying on oil-and-gas development.

Organizers hope that the Just Transition Summit – January 8-10, 2020 – provides a space for “Indigenous and non-Indigenous collaboration to build critical thinking around economic and social transition.”

“Just Transition is an exciting concept … about building a regenerative economy,” said Native Movement executive director Enei Begaye during an interview with Morning Line host Danny Preston. “We know, we have to use resources to build an economy. But how are we using those resources? Are we using resources that renew, regenerate? It's a concept that is all about understanding that transition is inevitable. Whether we're talking about climate change, whether we're talking about the finite resources of fossil fuels, we have to transition because those things don't last.”

Begay also says it’s about including justice and equality, as about bringing in voices who have been marginalized in previous conversations.

Jessica Girard is the director of the Fairbanks Climate Action Coalition. She speaks to how a transition away from oil –and-gas dependence has to be just and equitable.

“The concept of transition is inevitable, but justice is not?” Girard said.  “we've had transitions abound in our economies and our ecological transitions. But many times people are left behind can specifically in the context of Indigenous peoples, young peoples, union folks are left behind the decision making process.

Girard says the Just Transitions summit is “about deeply democratizing the process of transition. She hopes that the voices that were formerly and primarily affected become the primary decision makers “because they’re also the closest to the solution.”

There’s deep Indigenous knowledge and systems already in place in Alaska, Begay says. Alaska Native people have already built relationships with the land that understand how to live more sustainably with the land.

“Just transition is bringing that knowledge, uplifting Indigenous knowledge systems into the development of a new paths forward,” Begay said. “I think if we if we were to incorporate more of that understanding of how to live in good relationship with our environment and with each other, we would have we would be building systems of economy systems of healthcare systems of education.”

“This is an initial conversation that we're having. This is our first gathering together and bringing more people in,” Girard said. “We just want to let everybody know that there will be more conversations in the in the future, and we hope that everyone engages in them.”

Registration for the summit is full. But Girard says some of the speakers will be live streamed at justtransitionak.org. 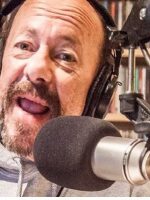 Danny Preston
Hailing originally from the Puget Sound region of Washington State, Danny Preston has lived in Alaska for more than 30 years. His career in radio began in 1991, and since 2004 he has hosted KNBA’s Morning Line program. He is also the station’s music director.
See stories by Danny Preston
Tripp J Crouse
Originally from the Midwest, Tripp Crouse (Ojibwe, a descendent of Lac Courte Oreilles Band of Lake Superior Chippewa, pronouns: they/them) has 15-plus years in print, web and radio journalism. Tripp first moved to Alaska in 2016 to work with KTOO Public Media in Juneau. And later moved to Anchorage in 2018 to work with KNBA and Koahnic Broadcast Corporation.
See stories by Tripp J Crouse